The HA-8091 Domed Helical Antenna offers unparalleled drop-out free RF performance for IEM, wireless mics and intercoms. Domed Helical Antennas are part of a new generation of antennas that provide greater bandwidth, longer range, greater reliability and more flexibility than other antennas. Unlike traditional whip and other antennas which transmit and receive signals in a single polarization, the circular motion of the RF field emitted by a helical antenna distributes the signal through all possible polarization, greatly reducing the risk of drop-outs. The high gain ensures the strongest possible signal.

Typical antennas for performing artists, whether for IEM or wireless mic applications, often are 1/4 wave whip antennas with a fixed polarization. Any movement of the wireless device and its antenna, with respect to the corresponding receive or transmitter antenna, can result in a polarization shift that can easily cause RF dropouts. With the HA-8091, the RF energy rotates through all 360 degrees of polarization, providing crystal clear reception in the artist’s ears and in the wireless mics receiver no matter how they may move about or where they go on the stage.

This makes the HA-8091 Domed Helical Antenna particularly useful in large scale events, where it may be virtually impossible to control the orientation of both the sending and receiving ends of the wireless communication. It can be used as either a transmitting antenna or a receiving antenna where it excels in either application. 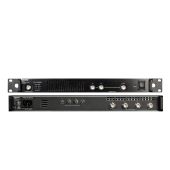 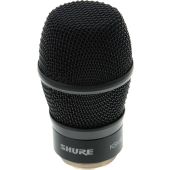 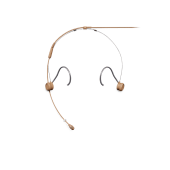 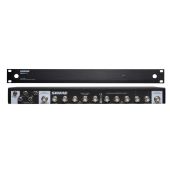 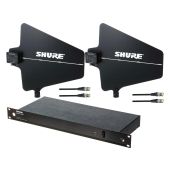 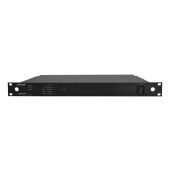 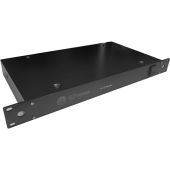